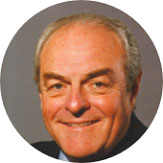 He has an honorary Doctorate of Laws from the Universities of the Witwatersrand and Leeds, is Chairman of the King Committee on Corporate Governance in South Africa, which produced King I, II and III, and is First Vice President of the Institute of Directors Southern Africa.

He is Chairman of the International Integrated Reporting Council (IIRC), Chairman Emeritus of the Global Reporting Initiative (GRI) and a member of the Private Sector Advisory Group to the World Bank on Corporate Governance. He chaired the United Nations Committee on Governance and Oversight and was President of the Advertising Standards Authority for 15 years.

He has been a chairman, director and chief executive of several companies listed on the London, Luxembourg and Johannesburg Stock Exchanges. He has consulted, advised and spoken on legal, business, advertising, sustainability and corporate governance issues in over 60 countries and has received many awards from international bodies around the world. He is the author of three books on governance, sustainability and reporting and sits as an arbitrator and mediator internationally.