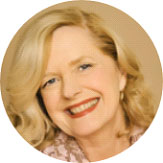 Jane was the Chairman of the governing board, the Executive Committee, of the International Organisation of Securities Commissions (IOSCO) until April 2011. She was first elected in 2004 and re-elected for a fourth term in June 2010. Jane was appointed Chairman of the New Zealand Securities Commission in 2001, and reappointed in 2006 for a further five-year term, until 2011. Before this appointment, Jane was the National Director, Infrastructure and Strategic Planning, and New South Wales Regional Commissioner with the Australian Securities and Investments Commission. She has also held senior executive positions with Westpac Banking Corporation, in investment banking and corporate banking. She was Managing Director of the New South Wales Technical and Further Education Commission and Director General of a number of other government departments. She has chaired and been a member of a number of boards and committees in the public, private and not for profit sectors. She has been involved in standard setting globally and nationally. On retiring from executive life in 2011, she is now an international company director whose portfolio covers financial services, international regulation, investment, technology, and international developments in capital markets and in accounting and auditing.

Jane was presented with the Order of Australia (AO) in January 2003 for “service to business and commerce, to public administration, particularly in the areas of education and training, and to the community through a range of social justice, health, educational and cultural organizations”. On International Women’s Day in March 2011 Jane was honored by the Australian Government as one of the “Advance 50” current and emerging Australian women leaders globally.